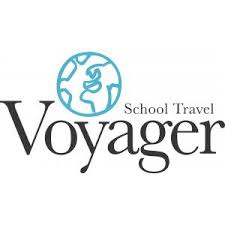 RJD backed the management buyout of Voyager, a provider of immersive language programmes and educational tours to UK schools, in October 2017 as a platform investment for further consolidation in its sector.

RJD first made contact with Voyager in June 2016 following a direct origination exercise into the wider educational and activity school programme sector which had been identified as a key area of focus for RJD’s third fund. We quickly recognised the strong position it held in its niche resulting from its innovative approach to the content and structure of its educational programmes combined with its strong commitment to customer service. RJD was able to structure a transaction which allowed the partial exit of a co-founder of the business whilst maintaining the significant equity stake of the key ongoing members of the management team.

Between initial contact and making our investment in 2017 we developed a good relationship with Voyager’s Chief Executive and co-founder, Nigel English, and developed confidence in his plan to grow the business. Under RJD’s ownership Voyager has invested in its existing centres in mainland Europe and has plans to acquire further centres to cater for the increased demand in specific areas of the curriculum. RJD will also make capital available to grow the business through complimentary corporate acquisitions which expand Voyager’s offering into adjacent services, the first of which, COGO, completed in early 2019.