We were introduced to the deal by a boutique intermediary. We won the mandate based on our leisure sector track record, which gave us a clear insight into the sector dynamics, the strong relationship developed with the management team and an innovative deal structure which met the objectives of several different stakeholders.

We were attracted to AMG because of its leading position in the live music venue sector, its strong relationships with the principal promoters of live music events and the track record and strong reputation of the management team led by chief executive John Northcote. In addition the business operated in a sector with high barriers to entry.

We took a majority stake in the business, investing alongside AMG’s management team and three of the UK’s leading concert promoters, Metropolis Music, SJM Concerts and MCD Productions. These three promoters were responsible for promoting many international acts on the touring circuit, as well as collectively owning and promoting some of the biggest outdoor music events, including the annual V Festival, thus making them excellent strategic partners.

The buyout provided AMG with financial strength to pursue its strategy of rolling out the award winning ‘Academy’ brand across the UK, building on its existing successful venues.

During RJD’s ownership, new venues were opened in Oxford and Newcastle and growth was driven through improved asset utilisation within existing venues and developing in-house promotions.

AMG’s success created interest from trade buyers and in March 2007, RJD sold its investment in AMG to a consortium led by LiveNation, the largest producer of live concerts in the world. The transaction valued Academy at £57 million, giving a return to RJD of 2.6x its original investment. The sale represented the first exit from our first fund, raised in 2003.

AMG has continued to be an ongoing success story and at the start of 2009, AMG and Live Nation welcomed a strategic partnership with O2, to enhance the music experience for fans visiting its venues and boost support for future music talent. 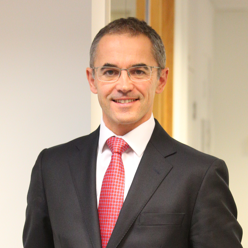